The nervous system is the body’s communication system. It processes everything from sight to taste and interprets the information from its surroundings. The main organs of your nervous system are the brain and spinal cord. Some organisms have a much simpler nervous system consisting of just a few cells, such as a jellyfish. This system determines what is going on around the body and helps to facilitate a response.

The below image shows a diagram of the cross-section of a brain. 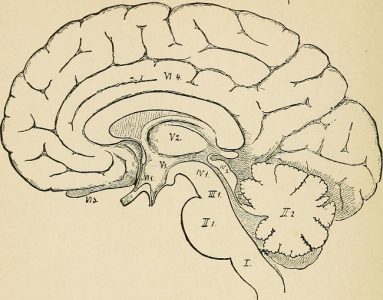