An autopsy is a surgical procedure performed on a corpse after death (a period called, “post-mortem.”). It is typically conducted in an attempt to understand the person’s cause of death. The autopsy will be conducted by a trained physician who has specialized in pathology, as determining the cause of death will require a vast understanding of disease and injury.

A brief history of autopsies will tell us that humans have been performing autopsies since the dawn of time, it seems. There is historical data to support that autopsies were performed in ancient Egyptian times. Ancient Egypt was notably known for performing elaborate death rituals and valuing the afterlife, so it makes sense that an autopsy would be part of that ritual. However, a distinction between those early times and now is that whereas ancient Egyptian examiners were removing organs for preservation, autopsies today are done with the intention to explain disease and death. 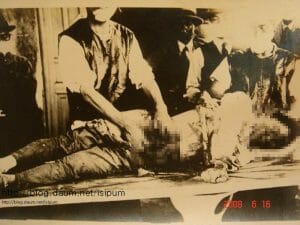 An autopsy, at its base, is a surgical dissection. There are different correct ways to perform it, but the Letulle method has become the principle protocol for training pathologists. This particular method finds the pathologist or medical student commencing the dissection at the abdomen. After piercing the abdominal area, the abdominal organs will be removed in one block per this method – understandably called the “en bloc” method. The direction the Letulle method will take is called a retroperitoneal approach. This essentially means that the organs will be removed starting with the organs situated directly behind the peritoneum, and moving backward. The peritoneum, in turn, is a serous lining located in the abdominal cavity. It appears like a light colored sheet that will cover and thus protect our abdominal organs. The retroperitoneal organs will include the adrenal glands, the pancreas, the lower segments of the small intestine’s duodenum, and the ascending and descending parts of the colon. The examiner will take out organs by layer, all while using the vasculature (or veins and arteries) as reference points to orient themselves. This method is considered to be best for the pathologist in –training, as it follows anatomical relationships learned in class. However, there are faster ways to perform an autopsy, as well.

The Virchow technique will see that the organs are removed one by one, starting at the cranium and moving down to the thoracic, abdominal, and cervical organs. In other words, it may follow a top-down approach, if you will.

The Rokitansky technique is an in situ (or local) dissection that starts at the neck and trails down, and the organ is removed as a bloc as well. The first cut pierces the larynx to separate the esophagus and pharynx, then the larynx and trachea, followed by the chest organs that are cut to expose those in the abdomen.

Finally, the Ghon technique is similar to the Rokitansky in that the thoracic, cervical, and abdominal organs are removed using the bloc method, but the Ghon will not employ an in situ dissection instead opting for “en bloc” removal.

An autopsy is performed for three main reasons that we will discuss shortly. A clinical autopsy will be done on a patient that has died while under the care of a hospital or clinical staff and in cases where the physicians have failed to identify the cause of a sudden death. This type of autopsy will be useful for attaining the time and cause of death, as well as for giving doctors a cause of death to appropriately file a death certificate.

A forensic autopsy, on the other hand, will be a type of autopsy performed when a corpse has been retrieved from a crime or murder site. This autopsy will reveal any trace of bullets, blows or injuries, and poison in the system. A medical examiner must be present, and will decide if the cause of death was an accident, murder, or suicide. This autopsy will guide police through their investigation.

Lastly, an academic autopsy is one that is performed by medical students to teach them about human anatomy. Likewise, some may be used for research purposes, as well. The source of the bodies will be patients who have willingly donated their bodies to science, or unclaimed bodies after filing the needed legal paperwork.

While any family, or next of kin, can request an autopsy of their deceased loved one, autopsies are most certainly the golden standard when the cause of death is uncertain. This may take place if a person was found deceased from a possibly accidental circumstance, or if a person was murdered. This clearly has crucial significance in the realm of criminal law, but also within the human experience of grieving and finding closure. For this reason, the autopsy has been performed for legal and medical reasons for a long time.


Answer to Question #1
B is correct. The Rokitansky method is characterized by the in situ or local dissection that begins at the neck. Unlike many of the other methods, it will not employ en bloc removal. The other choices appropriately describe the other methods of autopsy.

2. Which type of autopsy is one that requires the presence of a medical examiner?
A. Clinical
B. Forensic
C. Academic
D. None of the above


Answer to Question #2
B is correct. A forensic autopsy will absolutely require a medical examiner to be present – it is mandatory by law – whereas a clinical autopsy may be performed by a pathologist. A forensic autopsy, as discussed above, will be used to guide police and build a criminal case.