When it was first proposed in the early 1830s, the cell theory had two main components; the cell is the basic functional and structural unit of all living things and all living things are made of one or more cells. Credit for this theory is often given to the German scientists Theodor Schwann and Matthias Schleiden, although their fellow scientist and countryman Rudolf Virchow made significant contributions later.

There were several other people who helped lay the groundwork prior to the work of Schleiden and Schwann. Galileo Galilei’s historic invention of the microscope in 1625 was improved on by the work of Anton van Leeuwenhoek who made considerable improvements to the quality of the lenses in microscopes in 1670. But even before Leeuwenhoek’s lens improvements, the British scientist Robert Hooke had already coined the term “cell” in 1665 after looking at thin slices of cork under his microscope.

Further understanding of cells came from the work of J.H.F. Link and Karl Rudolphi who, in 1804 conducted experiments that proved cells had their own cell walls and were independent of each other. Then, in 1833 botanist Robert Brown discovered the nucleus of plant cells.

In 1855, Rudolf Virchow was recognized for his idea that became the third component of the cell theory at the time, Omnis cellula e cellula which is Latin for “cells only come from other cells.” 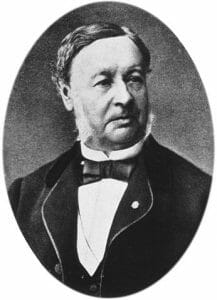 The image above shows the German scientist Theodore Schwann who contributed to the first cell theory. 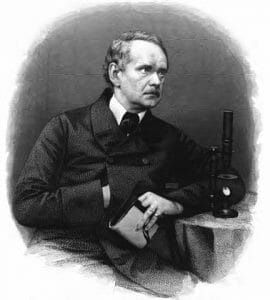 The image above shows the German scientist Matthias Schleiden who along with Theodore Schwann, developed the first cell theory. 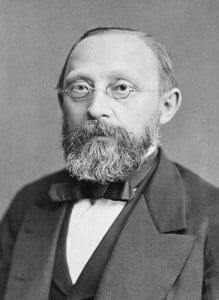 The image above is that of Rudolf Virchow whose contributions to the cell theory are often overlooked in history.