CAR T-cells (chimeric antigen receptor T-cells) or CAR-Ts are immune cells with engineered receptors that change which antigens these cells respond to. Chimeric antigen receptors are found on the T-cell membrane; chimeric DNA or recombinant DNA refers to a genetically engineered sequence that is manufactured from two different species. These species could be fungal, viral, plant, bacterial, or other animals. CART therapy is a recent immunological addition to cancer treatments. 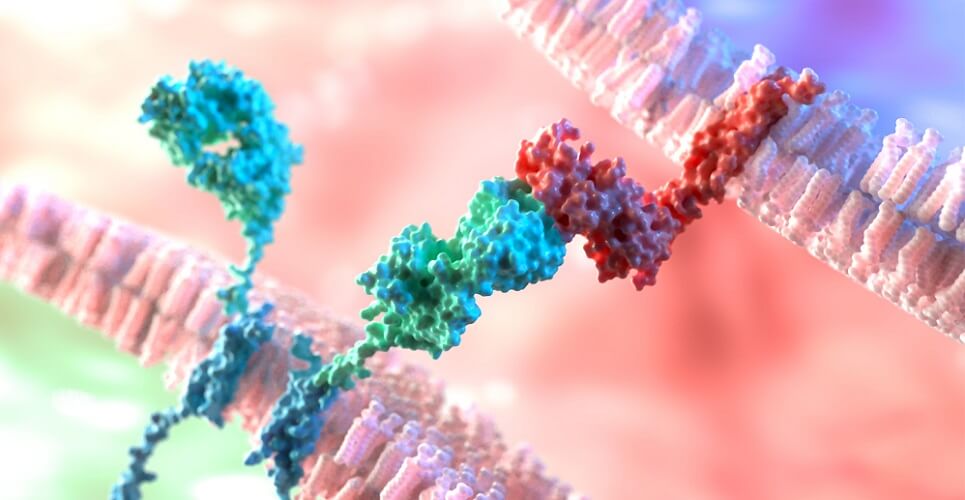 What are CAR T Cells?

CAR T cells are genetically engineered recombinant T cells that are being used with a great degree of success in the treatment of some types of cancer. They are part of the immunotherapy group of cancer-fighting drugs and change how the immune system responds to cancer cells. T cells – removed from the person they will eventually treat or from a healthy donor – are engineered ex vivo to express specific antigen receptor genes. When expressed, these gene sequences produce antigen receptors in the T cell membrane. T cell receptors allow the cells to activate in the presence of specific antigens – markers on the membranes of foreign or abnormal cells.

Chimeric antigen receptors act as fusion proteins, binding a T cell to the antigen they have been produced to help fight. They improve natural immune processes by initiating immune responses to antigens the body would usually not recognize. T cell receptors (TCRs) are central to this technology. CAR-based recognition takes over when TCR-based recognition fails, as is the case with many types of cancer.

To understand what CAR T-cells are, you need to know a little about the adaptive immune system. Our immune cells protect us from invading pathogens by recognizing them, marking them, and attacking them. They are also able to permanently remove damaged, non-infected cells.

Our natural immune response is highly complex; research has surged in recent years and our knowledge – although not in any way complete – has produced immunotherapy drugs that were unheard of five years ago.

Unfortunately, many cancers interfere with immune responses; instead, they produce T-cell tolerance. If our immune system reacted to every foreign protein, it would very quickly become overwhelmed. People with allergies to everyday substances have dysregulated immune tolerance.

Solid tumors, blood and lymph cancers, and cells in the tumor microenvironment have been found to change localized immune responses. They affect how many immune cells are in the immediate area, how they respond, how they communicate, and how they multiply.

As the field of genetic engineering has progressed, it is now possible to change the DNA of immune cells. By making a gene express a specific receptor it is, in theory, possible to force the immune cells to target specific antigens. The equilibrium phase can be bypassed, meaning no escape phase and no tolerance.

In reality, our knowledge about the countless cell interactions makes this therapy a hit and miss affair. Not all B cells can interact with CARs as they do not express the required numbered CD co-receptor proteins, for example; even if T cells respond to cancer cells, antibodies are not produced in sufficient numbers.

The tumor microenvironment that immediately surrounds a mass of cancer cells also prevents even engineered T cells from functioning; CAR-T cells do not seem effective in the treatment of solid tumors. The best statistics for CAR-T therapies are found in the treatment of lymphomas and leukemias – types of B-cell cancers.

A further problem with CAR T cell treatment is cytokine release syndrome. The rapid activation of the immune system causes a mass release of cytokines that, at high levels, are toxic. They produce symptoms such as fever, hypotension, and low tissue oxygen levels. Cytokine release syndrome (CRS) is a common side effect of CAR-T cell therapy and can be severe or even fatal. Even so, studies show that CRS is linked to an improved response to CAR-T treatment.

What is CAR T Cell Therapy?

CAR-T cell therapy is an adoptive cell transfer (ACT) technology. Usually using a patient’s own blood, T cells are removed via leukapheresis and genetically engineered to produce CARs, then multiplied. When sufficient numbers of engineered T cells have been produced, they are reintroduced to the body.

Which type of chimeric antigen receptor is produced depends on the cancer type. The main CAR T cells in cancer therapy focus on stimulating B cells to produce antibodies. For example, engineering receptors for the CD19 antigen on some B cells (CART-19 or CAR T cells CD19 therapy) can treat B cell lymphomas, acute lymphoblastic leukemia (ALL), and chronic lymphocytic leukemia.

CAR-T cells do not need to have come into contact with an antigen-presenting cell. They can differentiate into cytotoxic T cells (and immediately destroy specific antigen-marked cancer cells) and helper T cells (to stimulate B cells to produce antibodies for the specific cancer cell antigen). However, they are not completely immune to the effects of the tumor microenvironment; this is why they are not currently used to treat non-blood cancers.

Most CAR-T cell treatments are performed using the patient’s own blood (autologous treatment). In some cases, a donor’s blood is used (allogeneic treatment). Venous blood flows from an intravenous catheter into a leukapheresis machine. Apheresis machine technology has come so far it is even possible to extract only helper or cytotoxic T cells from the blood before returning the rest to the patient. Some treatments prefer to use immune stem cells. It is possible to freeze extracted T cells for future use.

Once engineered, the T cells are returned to the patient’s venous circulation. As memory T cells are also produced, this treatment works indefinitely; memory cells remain in the body long after the targeted cancer cells have been destroyed.

Harvested T cells must first be activated in the laboratory. Artificial antigen-presenting cells, T cell activation reagents, or monoclonal antibody-coated beads are used to activate the T cells in response to a specific cancer-associated antigen.

For a T cell to produce chimeric antigen receptors, its  CAR gene must be expressed. By using inactivated viral vectors, this gene can be switched on. The activation process occurs in an incubator where the viral vector can be added and later washed away together with the activation chemicals. The viral vector introduces RNA sequences to the activated T cells – for CAR T-cell drugs, these sequences code for the chimeric antigen receptor.

Any cell produced by the multiplication of these engineered T cells will express the CAR gene. Once CAR expression occurs, the proteins that build and form the antigen-specific membrane receptors are produced.

The engineered T cells are then kept in perfect cell division conditions within a bioreactor culture system. A cell culture can produce up to five liters of culture in ten to twelve days. Once enough CAR T cells have been produced, they are washed and all unnecessary fluids are removed. This concentrates the solution into a product that can be frozen in a bag and transported to a treatment center. Once thawed and warmed, the engineered CAR-expressing T cells can be intravenously administered. They initiate a long-term immune response to the antigen they were engineered to destroy.